The Reform Party of Florida was established in Florida by volunteers and filed with the Florida Division of Elections on November 19th, 1995. It later became affiliated with the Reform Party of the United States of America (RPUSA) as an original State Party Organization, at the Founding Convention held in Kansas City on October 31 to November 2nd, 1997.

We are a recognized Political Party in Florida (REF) with the ability to run candidates for every electoral office in the state. RPFL (REF) has run candidates for President, U.S. Senate, U.S. House of Representatives, State House, County Commissions, and City Councils.

The Reform Party of Florida proposes to give the people of Florida a choice that will represent them, not rule them. We will compete for public office at every level of our state and federal government to bring a responsive representative alternative to the citizens of this state and nation other than the Ruling Party which poses as two Political parties.

Join us so that your voice may be heard rather than ignored.

The Reform Party of Florida is currently seeking people to work within county organizations to help build the state’s organization. As a recognized Political Party in Florida (Ballot Position Symbol: REF) we have the ability to run Candidates for every electoral office in the state. If you are interested in organizing a county party chapter, working …

As readers come to learn more about the Reform Party, there are questions that people ask.  In an effort to provide some answers, we have developed this FAQ section.  If this section and the website do not answer all your questions, do not hesitate to write the party office via email: secretary@reformparty.org. Frequently Asked Questions … 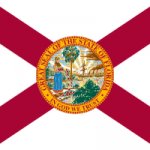 To compete in the arena of ideas to better Represent the People of Florida. To Win Elective Offices: Special Taxing District Commissioner, City Council, Mayor, County Commission, State House of Representatives, State Senate, Governors office and Cabinet, U.S. Congress (House and Senate), and the Presidency. To involve the citizens of Florida in their own governance …